Our clear preference is to provide you with a quotation for your forthcoming move following a Video Survey using any smartphone or tablet. It is quick, convenient, has proved to be remarkably accurate and removes the need for our consultant to visit your home or workplace. In exceptional circumstances we will usually still be able to arrange a visit for a survey. 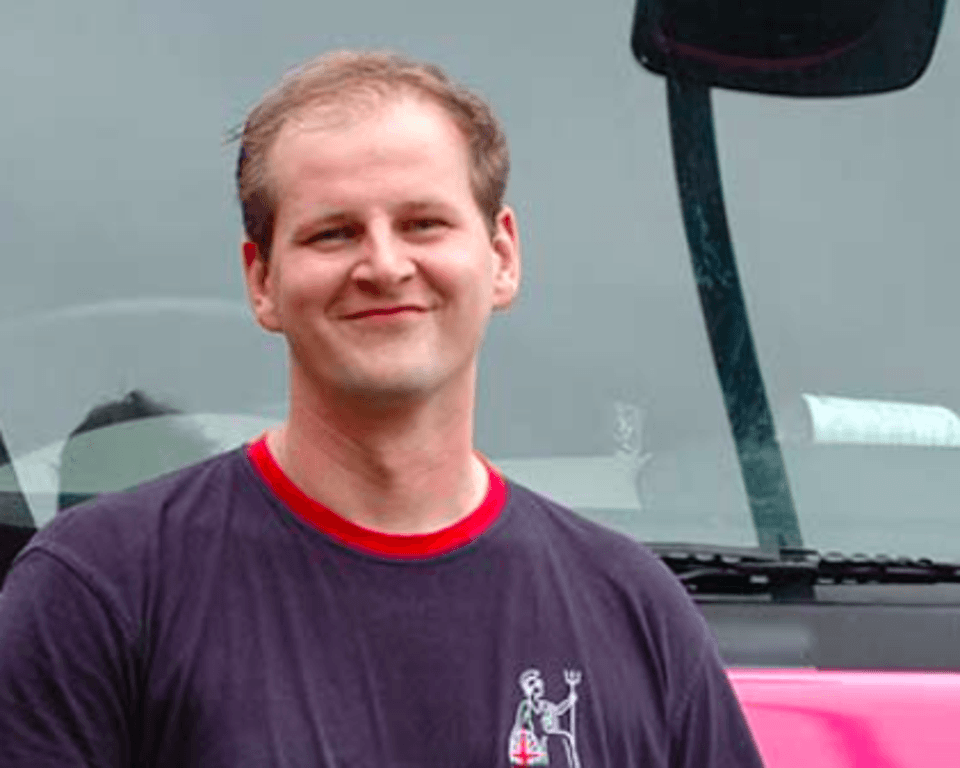 Most people don’t put much thought into what a removal man’s job is actually like. After all, they show up at your home, prepare your items to be moved, move them to your new home and wish you well – and that’s usually all there is to it. However, as someone who has come to the removal industry just a few years ago, I find myself fascinated by the process removal men go through to make our customer moves as smooth as they are, and I’m continually impressed by how they make difficult work look incredibly easy.

Over the past few months, I have spent a few days out on the trucks with the men, observing jobs and learning how they make it look so effortless. I wanted to learn more about what makes a removal man tick, so I decided to shadow one of our drivers and removal men, Martin Niedziela, who has been working for Britannia Bradshaw for three years.

Martin is originally from Poland, and has been living in the UK for 10 years; he has been in the removal industry for five years. Watching him work, I’m impressed by how he quickly wins over customer confidence with his ready smile, confidence and friendly attitude, even before he begins the tough task of preparing the customer’s belongings to move.

He’s an HGV driver, so I asked him why he chose the removals industry. He told me that at first it was simply to gain experience as a driver, however after five years in removals he now is happily settled in as a removal man, saying “You have to love removals to do this job!”

Watching him work, it is very clear that he does love his job, and the people he meets along the way.

I asked him about his daily routine, as a removal man’s job begins early – usually arriving at our Manchester depot at about 7.30 in the morning to arrive at the customer’s house at the agreed upon time. Although he’s a new father, he wakes up early, grabs some coffee, and gets ready to make the journey into the depot, frequently picking up a co-worker on the way.

I met him for the day shortly after he arrived at our Manchester depot, where he gathered that day’s job notes and made his way with the porter he’s working with that day to one of our large trucks. Before setting off, he and the porter make sure the truck is clean and has all the supplies they’ll need for the day, such as sofa, bed, and television covers, floor coverings, boxes, wrapping paper, etc.

After climbing into the cab of the removal truck, which I discovered is a bit like going up a climbing wall, I was unexpectedly surprised by how effortlessly he manoeuvres a large truck with amazing precision around obstacles and on tight roads lined with parked cars. I asked him about making a transition from driving an average-sized car to a large truck, and he replied with a shrug of his shoulders and a smile, saying “not a problem at all!”

Arriving at the customers’ house, he and the porter talk to them, immediately putting them at ease. Almost before you can blink, they’re getting started on preparing for the removal, planning how they’ll pack both the contents of the house and the removal van in the most efficient way possible. Martin remarked to me, as I watched them working “A big part of the job is to remove the stress of moving from the customer.”

I asked him what the biggest challenges were for him as a removal man, and he responded with “scared children and scared pets”. While I didn’t see him with children on the jobs I observed, I did see him with a nervous dog. Both his and the porter’s reassurance to the dog, including a bit of playing with and distracting the dog from the big upheaval in its life helped to calm the dog – and the customer.

On a job where the customer had a fish tank, the customer was worried about the fish surviving the move. The tank was the last thing to leave the house, and as the customer unlocked the door of their new home Martin and the porter were there, carrying in the fish tank and setting it up so the fish could be put back into their tank before anything else was done.

Observing the men on the job, I was struck by how easily Martin and his porter were able to change the mood of the customer from stressed and worried to relaxed and looking forward to settling into their new home. Their friendly confidence, smiles and professionalism – along with the ease by which they got the job done – quickly puts the customer at ease and helps to smooth moving day for them.

Watching him pack the customer’s belongings, I first notice how the taping together of boxes to make them sturdy is a precision event and down to a science – no material or effort wasted in ensuring removal boxes are sturdily made up to safely house the contents. Everything going into the boxes is wrapped to protect it during transit, and the boxes are packed efficiently and quickly, with the contents clearly labelled on each box. With over five years of experience in the removals industry, he has developed his skills to a level to make every action look effortless to the customer.

As I watched them packing the contents of the house, I noted how they quickly figured out what items should be packed in which box. Martin commented that it was a bit like Lego – building a structure that is solid and fits together perfectly.

Packing the removal van was equally like Lego, as the placement of every item in the removal lorry was planned in advance by Martin and the porter, to ensure there was no shifting of the items in transit to the customer’s new home. Items were placed into the removal van in a way to make unloading at the destination was as streamlined as possible.

While we waited for the customer’s keys to their new home, I asked Martin what types of jobs he enjoys the most. He told me he enjoys European jobs the most, because you develop a relationship with the customer over the time you’re with them – and you get to see a bit of the world. On his days off in Europe, he’ll often go and explore the area they’re in and see the local culture and cities – or he’ll go fishing and catch dinner!

Returning to our Manchester removals depot after a long day of hard work, he was still enthusiastic about the day and commented on how he was looking forward to his next job, which will find him driving to Switzerland for a removal.

Spending a couple of days watching Martin and our porters working, I gained an increased appreciation and respect for the work they do – not only do they perform the physical work of the removal and need to think strategically about the removal and the items they’re moving, they’re also the face of Britannia Bradshaw International Removals & Storage for our customers, and they make us proud.